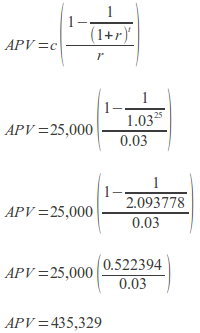 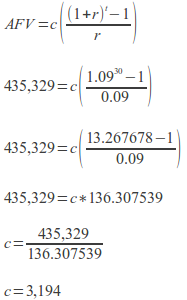 My expertise is in the field of Finance and Economics education, and not in the field of Criminology. I do not pretend to understand the underlying psychological and sociological causes of criminal behavior. However, I can identify a business opportunity when I see one.

Amy L. Solomon, a Senior Advisor to the Assistant Attorney General in the Office of Justice Programs at the US Department of Justice, wrote in the National Institute for Justice Journal (207, June 2012):

[N]early one-third of American adults have been arrested by age 23. This record will keep many people from obtaining employment, even if they have paid their dues, are qualified for the job and are unlikely to reoffend.

Also, having an arrest record—just arrest, not even conviction or incarceration—can result in being denied entry into some countries, including US citizens who try to visit Canada.

Even more tragic, the effects are not uniform across the population.

One recent study estimates that 25 percent of African Americans born after 1990 will witness their father being sent to prison before their 14th birthday.

Imagine, for a moment, that you were born into a poor family living in a crime-infested part of town. Imagine, further, that you made some kind of mistake as a teenager—say, you were caught selling marijuana, possessing an unregistered firearm, or standing lookout for a local street gang—and you wound up going to jail. Mind, you never injured anyone; you were arrested for committing a victimless crime. You’re no angel, but you’re not a real danger to anyone, either.

While in jail, you would be distracted from advancing your education and developing the behavioral habits of mainstream society. Upon release, you would be behind your peers in school, perhaps you would feel angry and betrayed, and you would have developed a demeanor appropriate to surviving in jail and in a neighborhood populated by others with biographies and résumés similar to yours. Chances are that you would use illegal recreational drugs to take the edge off.

Now, you are barred from many jobs and from renting an apartment in all but the seediest neighborhoods, and you have no credit history. Nonetheless, you must eat and find shelter.

This is the day-to-day reality of a distressingly large proportion of the US population. For billions of humans outside the USA, the situation is only marginally better, regardless of criminal history.

What is a single individual to do about a problem this large, and—much more fundamentally—why would anyone who is not a Mother Teresa even want to bother?!?

As it turns out, someone has identified this niche and is doing something about it.

Defy Ventures [is] a yearlong, MBA-style program that [Catherine] Rohr created to teach former inmates how to start their own companies… Defy Ventures has raised more than $1.5 million in donations and pledges from VC firms, hedge funds, businesses, and private foundations.

We at Pecuniology.com propose to work with police departments, judges, parole boards, and charities, to provide Business education to those who have criminal histories and those at risk. This is based on the idea that, if one is a business operator, then one does not have to face the specter of drug tests and background checks.

As we demonstrate on this website, we are carving a niche for ourselves that involves the development of tutorials and practice utilities for students in Business disciplines.

This is a call to anyone who would like to incorporate our work into their programs, especially those who cater to the disenfranchised, worldwide. We have completed the proof-of-concept phase, and are using what already is available in a large government university. The next stage involves rounding out the Pecuniology.com offerings, so that they largely automate instruction, leaving facilitators on the ground free to focus on the specific and particular needs of face-to-face interactions.